Requirements to Buy a House in Washington State in 2023

Lush rainforests, stunning mountain peaks and a thriving economy with ample jobs are just a few of the many reasons to live in Washington State.

The real estate market reflects this desirability as the average home for sale in Washington state was $560,400 in 2021. This price is well above the national average of $428,700. Since homes are so much more expensive, you may wonder if buying a home in Washington State is worth it in 2023.

We may be a little biased, but we think the prices don’t tell the whole story. The Evergreen State is a fantastic place to live, and there are several homeownership programs that make buying a home in Washington an attainable goal.

In this article, we’ll go over why you would want to live in Washington, what you can expect the wages/cost of living to be and how purchasing real estate (either a first or a second home) fits into the picture.

Bordered by Idaho, Oregon, Canada and the Pacific Ocean, Washington is the most northwestern U.S. State. It’s also the second-most populous state on the West Coast (trailing only California). The Evergreen State is home to Mt. Rainier, a 14,000-foot active volcano, the Cascade Mountains, the mighty Columbia River and over 3,000 miles of coastline.

While most people think of Washington as constantly rainy, this isn’t true of the eastern half of the state. Since it sits in the rain shadow of the Cascade Mountains, Eastern Washington is a semi-arid basin, receiving only 15-30 inches of rain a year.

U.S. News ranked Washington’s economy as #4 in the nation. As a state, Washington has a highly educated population and relatively low unemployment. The major industries that drive the state’s economy are aerospace engineering, military/defense and agriculture (particularly in the eastern half of the state). It’s the fifth-largest state economy in the U.S. by GDP.

Unemployment in Washington is currently at 3.6% statewide. Washington saw an increase of 6,600 jobs in July 2022. Most of the recent job gains have been in education, leisure and hospitality, service providers, accommodation and food services.

Although Washington state boasts high wages, it also has a high cost of living — 13% more expensive than other U.S. states. However, this average masks the differences between individual markets in Washington state. Seattle, for instance, is a whopping 50% more expensive than the nation as a whole, whereas Moses Lake is 4% less expensive. Popular urban and suburban areas like Seattle and Bellingham are much pricier than other regions in Washington.

The real estate market in Washington has been red hot for a while, but things are starting to cool off from their pandemic highs. The number of homes sold above asking price has dropped by nearly 25 points since last year, and the number of houses that dropped in price was up by 22 points.

All told, you can expect homes for sale in Washington state to be more expensive than the national average. However, wages tend to be much higher here, so that’s an important factor to keep in mind.

According to Bankrate.com, the average mortgage rates for a 30-year, fixed-rate mortgage in Washington state as of October 2022 is 7.25%. This is pretty close to the national average of 7.20%. These rates assume the home is your primary residence (i.e., you’re not living in Idaho and buying a second home in Washington state).

While the housing market has cooled down a bit since the Fed hiked mortgage interest rates, the demand for homes in Washington remains high and inventory remains low. The current supply of homes to meet demand is two months, up from one month a year ago. Homes sell quickly, averaging just 12 days on the market.

Fact 1: Borrowers who are eligible for a VA-guaranteed home loan can qualify for 100% financing, which means they don’t have to make a down payment at all.

The down payment is often the biggest hurdle for new homebuyers. If you’re a veteran (or spouse of a veteran), using a VA home loan will potentially clear this hurdle for you, making getting into a house in Washington state much easier than it would be otherwise.

Fact 2: Thanks to government loan assistance programs, you usually don’t need a full 20% down payment.

While 20% down used to be the standard down payment for a mortgage, this isn’t often the case anymore. Depending on the type of loan, your down payment might range from 3% to 20% of the purchase price. The full 20% is usually required in special situations, such as a second home in Washington state, very poor credit, or a conventional mortgage for an investment property.

Fact 3: The FHA home loan program requires a minimum down payment of 3.5%.

This program is extremely popular among first-time homebuyers due to its low down payment option, favorable interest rate, and flexible terms.

Washington is a beautiful, well-paying state to live in, but the real estate comes with a high price tag. If you’re lucky enough to be selling your home in Washington state, you’re primed to take advantage of the seller’s market filled with eager buyers and high prices.

If you’re looking to buy a home in Washington state, you may feel a little more intimidated. However, rest assured that there are the economic factors to back up the high prices (low unemployment and high wages), and there are many government-backed mortgage programs to help buyers get into a home in Washington with minimal down payment requirements.

Our expert Home Loan Guides are here to help

There’s nothing our Home Loan Guides love more than seeing members move into their dream homes. We’re here to keep things as simple as possible (including a fully online yet personalized process)!

Seattle gets most of the recognition, with about 60% of the state's population residing here. But numerous other towns and communities are also great spots to call home. ... 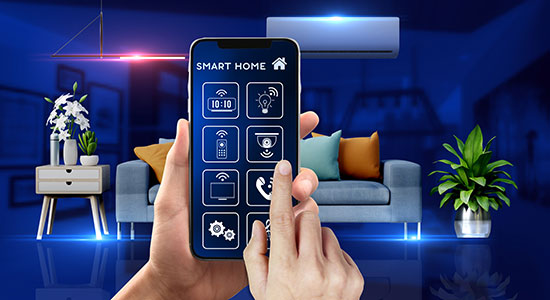 Are smart homes a good idea?

Smart home adoption is on the rise. But what exactly is a "smart home" and is it a good idea for most homeowners? We explore the pros and cons to help you decide if a sma... 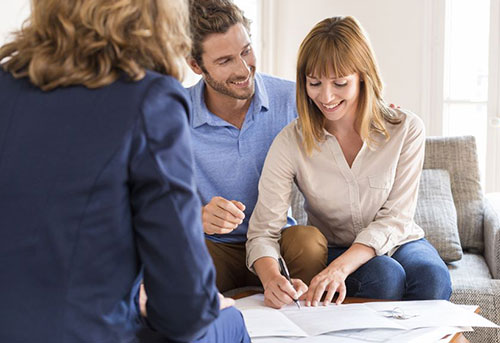 What are 0-down home loans?

What are no-down-payment loans? This type of loan, also known as a 100% mortgage, is exactly what the name implies—a home loan that requires 0% down.