First-time homebuyers: Solarity was there 'every step of the way'

Kenzie and Riley set out to buy their first home and were so excited to settle down in Yakima.

"We both grew up in Yakima, and we just knew the place we wanted to grow as a family was going to be Yakima," Kenzie explains.

"The reason that we reached out to Solarity was because Riley has done his personal banking with Solarity forever," Kenzie says, explaining they also had family members who got a home loan through Solarity. "I just decided to call and see, and I just honestly had a really good feeling about it." 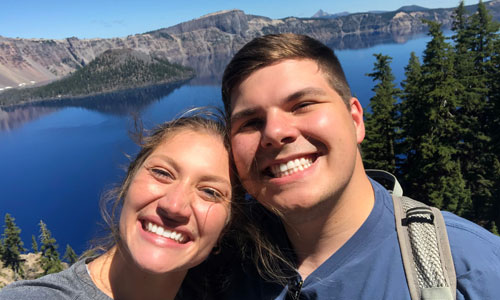 Solarity wasn’t the couple's first lender call, but it would be their last.

"It felt like a person talking to a person versus at this time, and in the past, we've worked with some bigger banks for other things, and it's like, we're numbers on someone's spreadsheet talking to nobody, like a robot," Riley says. "So it was nice to feel so personal."

"It's crazy how fast it all happened. But Solarity has been there every step of the way," Kenzie says. 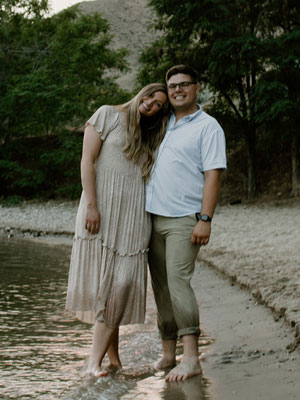 "It's just like, okay, good, we're going to have this house, we don't have to think about our payments going way up," Riley says.

Kenzie adds, "And also, to not feel like we're paying our landlord's mortgage, you know, to be paying our own mortgage and building equity."

They moved in and immediately knew it was the perfect fit.

"It very much feels like home," Kenzie says smiling. Riley adds, "I love that we have a place for everything. I love how it's all settled in."

"The whole thing is just like a huge step. And I think we're both just really thankful for how easy Solarity has made it," Kenzie says. "I just love to pull up and feel pride that it's our house."

We are so glad we could help make your dream of homeownership a reality. Enjoy your new home, Kenzie and Riley!

Ready for your home loan?

Our expert Home Loan Guides work tirelessly to find the perfect home loan for your unique situation and budget. We are here to help make homeownership a reality!